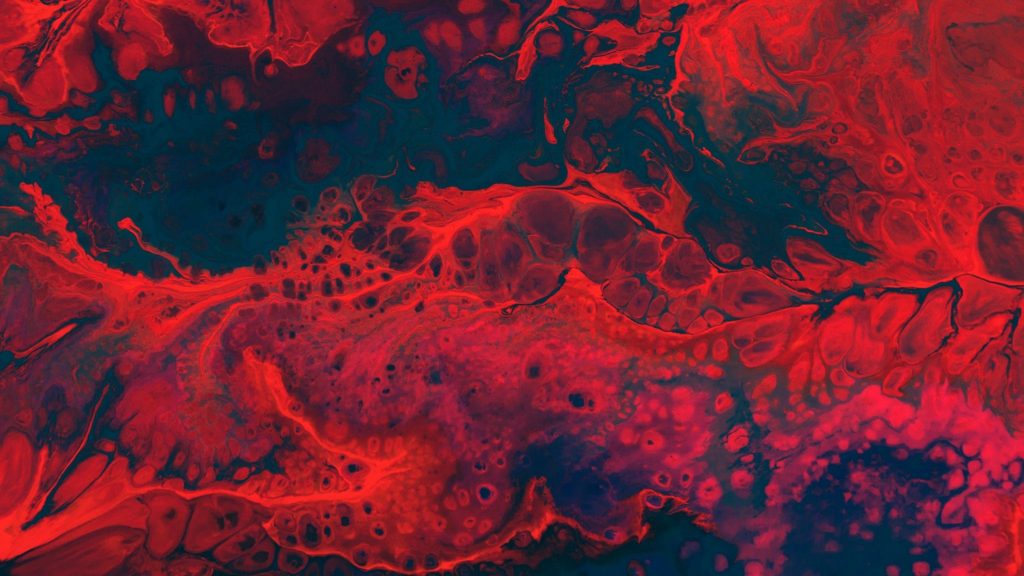 Scientists have found that the common food dye derived from blueberries can play a key role in 3D printing of geometrically complex biological tissues, such as blood vessels and pulmonary alveoli. Scientists were able to print complex structures from the hydrogel and in experiments with transplants to make sure that living cells can live in them.

Complex three-dimensional structures of vessels are almost impossible to print the usual method of layer-by-layer 3D printing. To solve this problem, a method of stereolithography was developed: in this case, light-sensitive raw materials are poured into a special container. A narrow beam of ultraviolet radiation passes over the surface of the liquid and causes it to solidify in the right places, after which the resulting vessel is barely immersed in the liquid and the process is repeated. This technology allows you to print large areas and print millions of voxels in one step.

Usually the ultraviolet print head “paint” the object in the horizontal plane, moving along the x and y coordinates, and the z-axis is responsible for light-absorbing coatings, which do not allow the material to harden where it is not required.

At the same time, there is a problem that the absorption additives used for this purpose have a mutagenic and carcinogenic effect: they cannot be used for the production of artificial biological tissues.

Scientist Bagrat Grigoryan from Rice University in Houston and his colleagues decided to choose an absorbent that would allow the use of stereolithography to print complex biological structures and would not be toxic.

The researchers analyzed the optical properties of a number of compounds used in industry as food dyes and found that three of them are well suited to the role of photo absorbers: synthetic yellow dye tartrazine, yellow natural dye curcumin and red-purple anthocyanin dye derived from blueberries. In addition, biocompatible gold nanoparticles were suitable as absorbers.

Scientists conducted a series of experiments during which they printed an artificial blood vessel with valves with a diameter of 1 millimeter from the hydrogel. All three types of dyes and gold nanoparticles provided proper print quality.

In addition, scientists have found that structures printed with hydrogel can actually be used to create artificial organs. To do this, they created a small “maze” of artificial vessels, which was populated by human lung fibroblasts, airway cells, and stem cells. The cells remained viable for several weeks.

In the last stage, they conducted experiments on mice: the scientists printed from the hydrogel structure inhabited by hepatocytes of mice and a separate cell aggregate from one layer of the same cells. They were then transplanted into mice with hepatic insufficiency. After 14 days after this transplantation, the artificial liver cells remained viable and still “worked”.